Written by Brian Matthews on October 16, 2016. Posted in Blog

I have heard this phrase from several parents/coaches/athletes throughout the years and it still makes me pause.  I usually picture a giant bubbling cauldron surrounded by several witches a la Macbeth.  One slowly stirs a haggard wooden spoon, as the others converse on how to make the perfect athlete.  After a couple long, slow pulls around the pot, the head witch gingerly sticks her finger in the murky soup and stuffs it in her mouth.  A moment passes as she swishes the broth around.  She raises an eye and through clenched teeth croaks out, “Needs more core.” 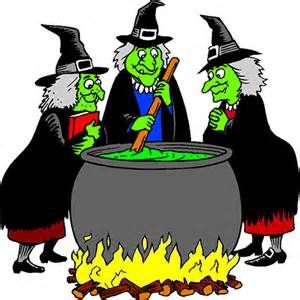 Eye of newt, claw of raven… and just a pinch of core

Absurd?  Yes.  Blame my parents for trying to culture me with book learnin’ at a young age.  It’s just where my mind goes.  But, with the over saturation of this term can you really blame people for their crazed obsession with the CORE?  It’s pervasive.  It’s in your face everywhere from social media, to the grocery aisle rags with Dr. Oz’s beaming mug plastered across them.

At a cursory glance there’s 5 minute abs, 10 minute abs, special classes devoted to core training , chair core training (an actual thing- the first time I heard of this I thought it was a joke), products to sculpt your core, stuff you wrap around your middle to trim your core.  Hashtag the word “core” on Instagram and you’ll see that it has already been done three million times.  A core training book search on Amazon produces 74 related titles, ranging from Core Strength for 50+, to Core Training for Dummies.  Core is the new black.

But what is it?  Is it JUST your abs (doubtful)?  Is it diaphragm to pelvic floor (warmer)?  Is it shoulders to hips (even warmer)?  Does it even exist (most certainly, but not in the way you’d think)?  Does it even matter if the other parts of your body don’t work efficiently (ah ha, now we are getting somewhere)?  I’d imagine, most hear core and instantly visualize a sizzling six pack featured in a supplement ad (and usually photo-shopped).

Those money maker muscles are the rectus abdominus and what people typically think of when referring to the core. They are there, despite those who say they, “Don’t have abs.”  They become visible as a byproduct of low body fat percentage.  If you are sporting single digit body fat you’ll see ’em, and if you ain’t, you won’t.  But rest assured, they are in fact there, regardless of the ability to see them or not.  Furthermore, visible abs may not even be strong abs. Lean doesn’t always mean strong.  It depends on the athlete, context matters here too. 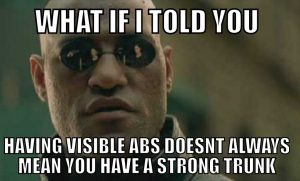 Most would agree that a strong center helps with performance, but to what degree?  Some of the strongest middles on the planet belong to fellas who might not be the first option for gracing the cover of flex magazine.  Super-heavy weight power lifters have the trunk resiliency to place weights on their spines that would rupture the backs of mortal men, squat it, and escape unscathed.  Donnie Thompson, the first man to total 3,000 pounds (and squat 1,200), has a few choice words for the core craze crew:

“We are not an apple or a pear.  There is NO human ‘core’ just the marketing term that gets you to think ‘abs’!  The muscles of the trunk are recruited peripherally.  They do not isolate for sport.  Most importantly, no matter how strong your ‘core’ is, if your feet and ankles lack flexion and strength, your worthless anyway!” 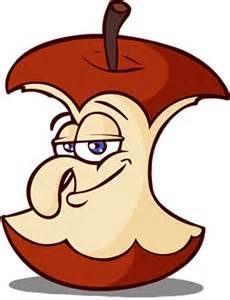 Without the joints/limbs above and below working efficiently, this guy ain’t worth much

Yes, bracing your middle and resisting force through compound human movements like squatting, lunging, and sprinting is the best and most reasonable way to get that torso strong.

University of Cincinnati strength coach, Chris Gray, explains, “At U.C. we stick to training the core through compound human movements like the deadlift, squat, and Olympic lifts.  We feel the function of the core is to allow for transfer of power and strength from the ground.  If your middle is weak, you can’t lift or run efficiently.  As far as direct stuff is concerned, we work a lot of anti-rotation/flexion exercises (single arm walking lunges, Payloff presses, Payloff pulls).  Anatomy tells a lot.  If you look at a hamstring you can just tell that its function is to flex the knee and extend the hip.  It’s long and you can just see that’s what it’s supposed to do.  Now, if you look at someone’s middle it looks like a spiderweb, built for resiliency and stability.  Transfer is the name of the game, not to flex your spine doing 1,000 crunches.”

The take home message here is look how the athlete moves, bends, runs, squats, lunges, cuts, accelerates, stops and jumps (amongst other qualities) FIRST.  Take care of those basic fundamental patterns.  Treat them well.  They will have the most direct transfer to sport abilities and skills.  If you can do 300 crunches but can’t run, what is that really worth?  Train smart and hard, and reap the benefits on the court or field.