Written by Brian Matthews on November 14, 2016. Posted in Blog

I love a good “Aha” moment.  Last Sunday I got one for the ages.  For me, it was like getting hit on the head with an apple and getting my kite struck by lighting after getting a red pill from Morpheus.  Mind blown.  Through the urging of my good friend (and arguably one of the best physical performance coaches in the country) Jeff Moyer, I made the three hour trek down to New Jersey and took the Reflexive Performance Reset seminar given by Cal Deitz. 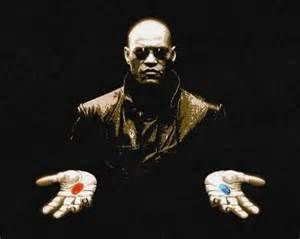 To say I was wowed is an understatement.  Deitz is the head strength coach at the University of Minnesota and is highly respected internationally for his innovative and unique training methods.  I was first introduced to his triphasic training philosophy over five years ago at the Central Virginia Sports Performance seminar in Richmond, Virginia and became an immediate fan of his teachings.  Since then, Deitz has teamed up with South African physical therapist, Douglas Heel, and they have developed this amalgamation of physical therapy/sports performance/voodoo (maybe not that last one) which blew my mind.  Now, I have been sworn to secrecy in actually sharing the drills and tests we learned at the seminar.  But, I can tell you SOME of the main ideas behind the system: I have tried Reflexive Performance Reset on everyone that has been open to giving it a whirl and the responses have been overwhelmingly positive.  Whoever wants to try it- my athletes, the areas best back surgeon, lawyers, even my wife and my parents.  Instant reactions have ranged from, “How does that work?” to “That is crazy!” And probably most importantly, “I feel so much better.” I included a video of myself dunking after performing the glute activation reset.  I’ll be 35 next week and my best jumping day’s are well behind me.  But, I applied some of the techniques I learned on myself and felt pretty good.  So I had one of my students video me attempting to dunk.  It went down easy.  In dress shoes and khakis.  Without stretching. If I can accentuate my fading athleticism, then I am extremely jacked up about how this will work for the young athletes I train.  Deitz referenced a high school football team that used this system for a year and had 15 players with a 30″ plus vertical jump on the roster.  Not shockingly, this particular team went on to win the state championship.  Tapping into correct muscular firing patterns is a huge athletic hack.  Know how to do it and you can really tip the odds in your favor.  I know how and hope to pass it on to the athletes I work with.  Hopefully, they will see the Matrix for what it is.  Heightened performance is just an activation away.