Though Michael Scott left the exciting world of paper products in 2011 on the irreverent mocumentary, “The Office”, his impact in quotables and memes is still being felt today.  Namely, his catch phrase, “That’s what she said.”  How does this wizard of Wilkes-Barre relate to the world of athletic performance?  Good question.  It all comes down to perhaps the most important concept in physical preparation- the S.A.I.D. principle. 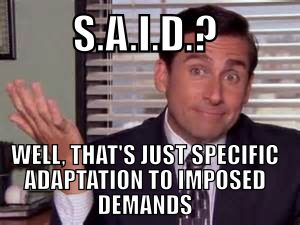 This acronym stands for Specific Adaptation to Imposed Demands.  In layman’s terms, if you want to get better at X, do X.  If you want to get better at Y, do Y.  Training in essence is the interplay between stress and adaptation.  This hypothetical stressor could target any number of physical changes.  Language, motor learning, muscle growth, the applications are nearly limitless.  Want to speak Portuguese?  Move to Rio and immerse yourself in the language. Want bigger shoulders?  Move your scaps in all planes against resistance.  Want to see a two-seam fastball better? Train your depth perception and play around with higher velocity pitches.  It almost seems too easy.  Surely you need a double-secret program with principles only a Soviet sports scientist could decipher. With a concept that simple, why do so many people train in ways that don’t sync up to their athletic goals?  I’ve seen  fatigue promoted over development, underweight athletes eating like birds “trying” to put on weight, and football linemen living in the weight room but never doing a pass pro set all summer.  Of all these head scratchers, the one that gets my goat the most is the athlete who knows they need to get faster, yet for whatever reason decides that they don’t need to sprint.  Even more eyebrow raising, is when that athlete decides to jog or do solely aerobic work for speed development.  That’s like trying to learn Portuguese in Shanghai.  It’s counter-intuitive, backward, and sadly a big part of what many athletes do today. 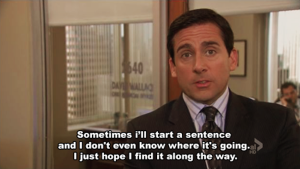 That’s where the S.A.I.D. principle can serve as a checks and balances for any athlete.  If a baseball player somehow finds himself doing heavy strength work in the sagital plane and zero rotational or power based exercises in the frontal plane, he should ask his coach, “Is this S.A.I.D.?”  And adjust accordingly.  If a 400 meter track athlete is hitting 800’s and 200’s but nothing in the world of 400’s, he should ask himself, “Is this S.A.I.D.?”  Or, if a basketball player is hammering trunk stability exercises, but doing no jump work, she should look at her program and wonder, “Is this S.A.I.D.?” Now, it’s perfectly fine to go off the path a bit for novelty, fun, or team building.  Training should be an enjoyable experience and need not be a hyper structured, over-analyzed, misery march.  But, you still have to make sure what you are doing makes sense for your sport. 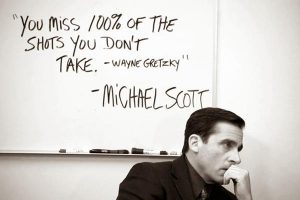 Surely there are nuances to each program and sport in respect to the context of the athlete.  Those different scenarios could be 100 different articles for 100 different athletes.  But, the main point is to make sure what you are doing makes sense in terms of getting better.  I’ve been there.  My training approach for football during my teen years was: never squat, do barbell curls until I couldn’t feel my arms, and eat like Ghandi on a hunger strike.  So yeah, I followed my fair share of questionable methods.  I want others to learn from my foibles.  Have a plan, be sure it follows the S.A.I.D. principle, and attack it relentlessly. 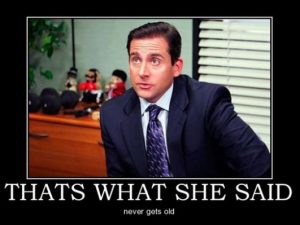