Written by Brian Matthews on September 4, 2017. Posted in Blog

How To Get Noticed By College Coaches

It’s no secret that college prices are growing at an alarming rate.  With this increased financial burden, many parents are looking for athletic scholarships and grants to hack away at the hefty higher-ed fee.  In no particular order, I’ve compiled a list of attributes that college coaches love, that will help get you noticed for the next level. 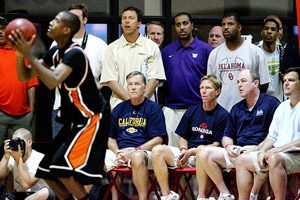 Just what are these guys looking for?

Sulker or smiler?  Moper or motivator?  High fives or head hangs?  Body language is so incredibly important because it’s such a noticeable feature of your game.  Are you the first or last guy over to the huddle?  Are you sitting on the bench while everyone is gathered around the coach?  Are you excited for your teammates when they do well, or are you sullen and withdrawn wishing you were in there instead? 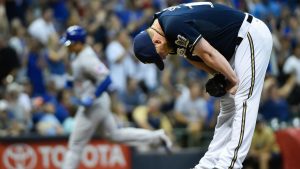 Don’t let negative energy seep in and alter your performance.

For some coaches, poor body language can instantly eliminate you from their recruiting efforts.  Legendary North Carolina coach, Dean Smith, has one of the greatest body language related quotes I’ve ever heard.  Smith said, “I would never recruit a player who yells at his teammates, disrespected his high school coach, or scores 33 points a game and his team goes 10-10.”  Sure you can be a high school stud, pile up individual accolades, and get some looks from schools.  But, most coaches would rather take a shot on a guy that’s a little less athletically blessed that happens to be a tremendous teammate over a freak with the body language of eyeore in a rainstorm.

Tough to see the field when you can’t even see the classroom.  Admirable academic exploits expand the pool of schools you are eligible to attend.  A coach is going to really have to dig you if you are sporting a 2.0 and shabby SATs.  Good grades usually mean good habits.  And coaches want players who are going to bring good habits into their program.  Smart athletes make the guys at the top look good too.  I’m sure most coaches would like to say our average team GPA is 3.5 instead of 2.5.  Hammer the academics and the sports offers can come easier. 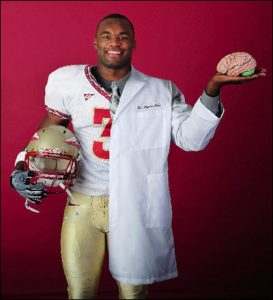 Athletes win games.  Coaches strategize, motivate, and pull the marionette strings, but ultimately the Jimmys and Joes trump the X’s and O’s.  The best college coaches usually get the best athletes.  Don’t believe me?  Check the scout.com or ESPN150 for football, basketball, and baseball.  Alabama in football, Kentucky in men’s hoops, UConn on the women’s side, and Florida and LSU in baseball, have all had the top recruiting classes for close to a decade now.  And what do they have in common?  Incredible on field/court results.  Most of these players have jaw dropping physical qualities that coaches covet.  “Have gun, will travel.”  “Have 4.5 speed and a 40 inch vertical, will get a scholarship offer.”  This isn’t exclusive to the highest level of sports either.  Check out the top performers in Division 2 and 3 and they also have some outstanding athletes.  Division 3 juggernauts Mount Union and Wisconsin Whitewater seem to get a guy into a NFL training camp each year.  And where do those two squads usually end up? Well 9 of the last 12 finals had both teams playing each other.  And two of the other three finals had one of those squads playing in it.  Both teams have “some guys” so to speak.  Which brings me to my next point. 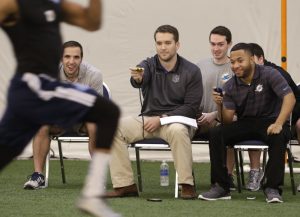 Looking for some speed!

Easy way to get noticed?  Win a state title!  A squad that gets bounced in the first round of sectionals won’t draw the interest of a team that goes deep in the playoffs and competes for a state championship.  Coaches like winners and where do you find them?  At the end of the state playoff bracket.  I try to get to the state basketball finals in Glens Falls, and every year there are high level college coaches there to see what the best of the Empire State has to offer.  If they are out to see a five star prospect on a team that you are playing, and you have a lockdown game against him, you just might find yourself with another offer or two on the table.  The farther you go, the more interest will follow. 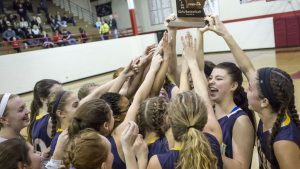 Win a championship and get seen by more coaches.

Old man alert 🚨!  Back in my day I had to borrow bulky VHS tapes from my coach, bring them to our school’s technology room, and painstakingly transfer my highlights from multiple games onto one cassette.  After making sure that the guitar solo from Van Halen’s Dreams synced up perfectly with a big touchdown pass, I then had to go and mail several of these tapes out to coaches that had expressed some interest.  I also had to do this uphill both ways in the snow.  Just kidding on the last part. 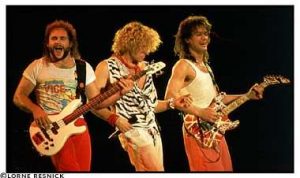 I don’t care what anyone says. Dreams is still the greatest sports highlight song ever.

Today it is so easy to edit, sync up music, and get a hyperlink out that coaches can literally look at on their phones. An eye catching highlight film on Hudl or whatever service you use, can be the difference in a coach telling his colleagues, “You gotta see this kid!” Or “Who?” 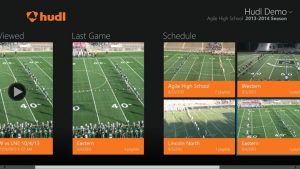 A great service to use to get your name out there.

Be the guy that they know about.  Make a wow worthy highlight film and have the recruiters come a courtin’.

Of course there are other things you can do as a player to get noticed.  But, master these five and chances are you will find yourself suiting up on a college team and enjoying the remarkable bond that comes from being an NCAA athlete.